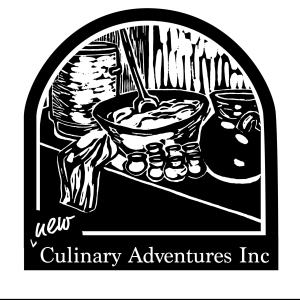 Libby Palmer and her friends from Port Townsend, WA were trying to reconstruct a pipian dish that they ate in Xalapa, Veracruz, using recipes that they found on the web which they found to be pretty tasteless. They asked Marilyn for a recipe that they could adapt for vegetarians.

This version from Orizaba from Carmen Ramirez Delgado uses chicken, but Marilyn has suggested substitutes to make it a vegetarian pipian.

Bring the water to a boil in a cazuela or Dutch oven, with the 2 cloves of the garlic, ½ of the onion, and salt. Add the potatoes; lower the heat and simmer until they are tender. Remove and set aside. Bring water back to a boil, and repeat the process with the various vegetables. They each will require different timing. Save the water.

Heat a large heavy skillet over low heat and toast the pumpkin seeds in a thin layer (may have to be done in batches). Shake and stir constantly until the seeds just begin to change color, puff up and start to pop. Do not let them brown, as they will become bitter. Cool in a shallow pan, removing 2 teaspoons of seeds for garnish.

Repeat the same process with the sesame seeds and set aside.

Carmen likes to roast the rest of the garlic and onion as well, but it is not really necessary, although it does deepen the flavor. If you would like to do this, place a comal or griddle over medium heat and roast the onion, turning often, until slightly blackened. Do the same for the garlic.

Grind the seeds in a spice grinder, a batch at a time, along with the cloves and cinnamon. Mix in a bowl with ½ cup of the vegetable water to make a thick paste.

Put the tomatillos, the rest of the garlic and onion, chiles, cilantro, epazote, if using, lettuce and salt in a blender jar and thoroughly blend until smooth, adding a little liquid if needed.

Heat 2 tablespoons oil in a heavy skillet over medium-high heat until it just begins to shimmer. Add the sauce and fry, stirring frequently until the sauce is reduced, about 10 minutes. Reserve.

In the cazuela or large Dutch oven, heat the remaining oil over medium heat. Stir in the ground seed mixture, and fry until lightly golden, stirring constantly for about 3 minutes. Stir in the tomatillo mixture and cook for one more minute, adding 1 ½ cups of the vegetable water. When the sauce starts to boil, lower the heat and simmer for 5 minutes more, stirring constantly until it thickens slightly. Add the potatoes, and other vegetables, if using, and continue to simmer until they are warm. Taste for salt, adding more if needed. Serve immediately.

Place the pipian on a platter and garnish with a sprinkle of toasted pumpkin seeds and a sprig of cilantro. Serve with white or red rice, and hot corn tortillas.

Note: If the sauce cools down, it will thicken and more broth may need to be added. If the